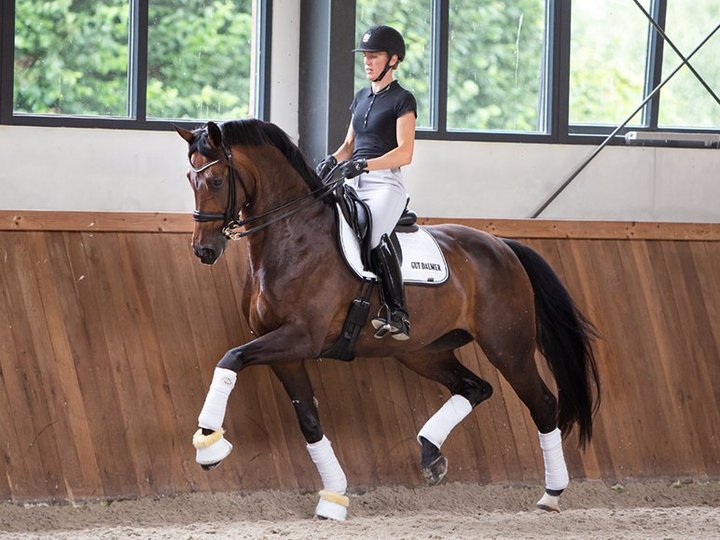 The seven-year-old mares Estella and Federle were presented by Hedda Ottmann-Droege in Ankum yesterday for the first time in the dressage test class S. Both performed well, especially Federle did a good job in this strong contested field. With highlights in the trot traversals and pirouettes as well as in the strong walk, she placed sixth in the end with 69.8%.

Estelle still showed some restraint in the test and had two expensive mistakes, among others on the last diagonal in the triple changes. In the end, it was 67.5% for the Escolar daughter.

Back to Articleoverview
Previous Article
Next Article
Top